Five years ago this morning, the List Project formally launched its mission to protect Iraqis who have become imperiled because they helped the United States. Over a suite of conference rooms at our inaugural partnering law firm of Holland & Knight LLP, we conducted an intensive legal training for pro bono attorneys, who would soon take on the cases of the many Iraqis who were writing to us for help. 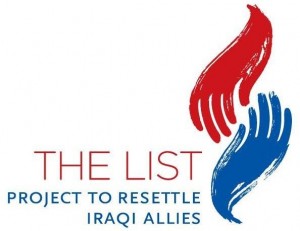 Many things have changed over five years, but it seems that the fundamentals that drove the List Project into existence remain ever-present. We live in a world that doesn’t much care for refugees. When wars end, few people stick around to deal with the unresolved human consequences. A few days ago, the UN High Commissioner for Refugees announced that 2011 was the worst year of the 21st century in human displacement terms, with 4.3 million human beings forced from their homes.

There are numerous organizations to which we look up who valiantly confront these crises across the world. We at the List Project, however, remain focused on just one country, and that is Iraq. It is a country that the United States wishes to forget, after a nearly-decade long war that claimed so many lives.

In December, on the final day of the war, we wrote that America’s obligation to the Iraqis who helped us was far from conclusion. The List Project continues to receive desperate requests for help from our Iraqi allies, who burn in a very slow state of waiting. Many submitted their application years ago and can find out nothing more than a boilerplate response from the U.S. Government: “Your application is pending.”

They continue to receive death threats, and they continue to hope. Over the coming weeks and months, stay tuned to our blog, Twitter feed, or Facebook page to keep apprised of our work to help America honor its obligation to those who helped us.

With your support, and with the tireless help of hundreds of attorneys from our partnering law firms and Netroots volunteers, we have helped well over 1,000 Iraqi allies make it through the labyrinth of our resettlement process and to safety in America.

We never imagined such a result when we started five years ago, but we also know that our work is not yet done.