The law firm of Kaye Scholer joined the List Project as a pilot partner in October 2010, taking on four cases from our List.  Kaye Scholer has been assigned cases of Iraqis who have fled to neighboring countries, as well as those still in Iraq.

Kaye Scholer’s pro bono efforts reflect the firm’s commitment to the community, and are essential to the development of their lawyers. This commitment led the firm to become a charter member of the Law Firm Pro Bono Challenge, which requires that at least three percent of their overall practice must consist of pro bono work. Kaye Scholer meets or exceeds this challenge each year by providing quality legal assistance to a diverse range of clients. 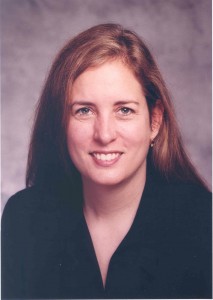 Ms. King has represented various low-income individuals and tax-exempt organizations on a pro bono basis since joining the firm in 1996. She has been the Co-Chair of Kaye Scholer’s Pro Bono Committee since 2002 and is responsible for the development and administration of the firm’s pro bono program worldwide. Under her leadership, the firm has built strong relationships with local and national legal services organizations, has developed experience in several areas of pro bono practice, such as representing charter schools and working with refugees and victims of human rights abuses, and the firm continues to increase the number of tax-exempt organizations and micro-entrepreneurs that it counsels on contract, corporate, employment, intellectual property and real estate issues. The firm’s commitment to pro bono was recognized when it was presented with the 2009 New York State Bar Association President’s Pro Bono Award in the Large Law Firm category.

Ms. King has won several awards for her pro bono work including the ABA Section of Business Law’s 2008 National Public Service Award, the 2008 Cornerstone Award from Lawyers Alliance for New York, the Sanctuary for Families 2007 Pro Bono Achievement Award, and the MFY Legal Services, Inc. 2005 Scales of Justice Award. She has been named Empire State Counsel by the New York State Bar Association every year since the program began.