The law firm of Crowell & Moring LLP joined the List Project as a pilot partner in October 2010, taking on five cases from our List.  Crowell & Moring has been assigned cases of Iraqis who have fled to neighboring countries, as well as those still in Iraq.

Crowell & Moring serves a wide range of pro bono causes, but has made a special commitment to children, the homeless, and domestic violence victims. By giving to those in need, the firm enhances the legal expertise and character of its lawyers. The firm contributes more than 21,000 hours annually on pro bono matters-a more than $4 million investment. Crowell & Moring was the first major firm in the U.S. to employ a full-time public service counsel, and the importance of her role is evidenced by her partner status. Crowell & Moring joined the List Project in September 2010, and is enthusiastic about participating in this worthwhile effort. 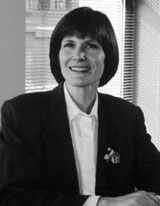 Susan Hoffman heads up Crowell & Moring’s team of attorneys assisting the List Project.  Ms. Hoffman is currently Public Service Partner at Crowell & Moring LLP for the past 20 years, promotes and  participates in the pro bono work of the Firm.  Ms. Hoffman serves as President of the Crowell & Moring Foundation, a separate nonprofit organization, which funds a post-law school fellowship in conjunction with Equal Justice Works, and makes grants to nonprofits that focus on education for at-risk youth.  For nearly 30 years, Ms. Hoffman has worked on issues affecting women and children, particularly domestic violence victims, both on the professional and personal levels.  Ms. Hoffman has herself represented and supervised other attorneys in child abuse and neglect cases and in domestic violence, adoption and child custody litigation.  After graduating from George Washington Law School in 1979, Ms. Hoffman clerked for U.S. District Judge Harold Greene and litigated at Hogan & Hartson where she performed extensive pro bono work.

Ms. Hoffman is active on several nonprofit boards, including the Washington Legal Clinic for the Homeless, Domestic Violence Legal Empowerment and Appeals Project, the Capital Area Immigrants Rights Coalition, the Center for Dispute Resolution and the Washington Council of Lawyers.  She currently is co-chair of the D.C. Circuit Standing Committee on Pro Bono Legal Services.  Her past Bar involvement includes two terms on the D.C. Bar Board of Governors and six years as co-chair of the ABA Litigation Section Family Law Committee.  In May 2008, the Washington Legal Times named Ms. Hoffman one of the 30 Greatest Lawyers in the last 30 years in the Champion category.