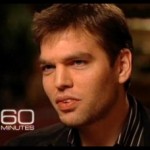 Kirk W. Johnson worked for USAID as regional coordinator for reconstruction in Fallujah in 2005 and has since become a leading public advocate for Iraqis who assisted the U.S. Government.  His work has been published by the New York Times, the Washington Post, the Los Angeles Times, the Wall Street Journal, Foreign Policy, Harper’s, and Guernica Magazine.  His book on the story of the List Project and the Iraqis who stepped forward to help America, “To Be a Friend is Fatal: the Fight to Save the Iraqis America Left Behind,” was published by Scribner in September 2013.

Johnson began working for USAID in January 2005, serving in Baghdad as the Mission’s chief Information and Public Affairs Officer for the first half of 2005.  In the fall of 2005, Johnson was appointed to USAID’s Senior Staff as the Agency’s first emissary to the city of Fallujah in Anbar Province.  As the Regional Coordinator for Reconstruction in Fallujah, he was USAID’s chief liaison on reconstruction issues with local Iraqi government officials, the Second Marine Expeditionary Force, and other international actors in the region.  In this capacity, Johnson coordinated a portfolio of reconstruction and humanitarian assistance projects valued at over $20 million.

Prior to his work in Iraq, Johnson analyzed political Islamic “pulp” writings as a Fulbright Scholar in Egypt (2002-2003).  He holds a B.A. with general and departmental honors in Near Eastern Languages and Civilizations from the University of Chicago, where he wrote his honors thesis on the state of political Islamist currents in Egypt and the broader Middle East.  During that time, Johnson received a Foreign Language Acquisition Grant to study the Syrian colloquial dialect of Arabic in Damascus. 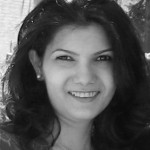 Tona Rashad joined List Project as a Case Coordinator in July 2007. Prior to joining the List Project, Tona was a human resources assistant with the US Agency for International Development (USAID) in Iraq. Tona came to the United States in late November 2006 on a training visa and applied for political asylum shortly thereafter, due to the unpredictable security situation in Baghdad.

As Director and Caseload Coordinator, Tona is responsible for client intake; coordinating the correspondence between Iraqi refugee clients and attorneys at Holland & Knight; and overseeing the List Project’s caseload at Holland & Knight and several other partnering firms. 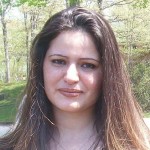 Basma Zaiber received a bachelor’s degree in computer science from Baghdad University in 2002 and studied professional business management at the Canadian Jordanian College in Amman, Jordan. She worked for USAID-Baghdad during 2004-2005 and came to the United States with the assistance of the List Project. She joined the List Project as a Caseload Coordinator at Mayer Brown in 2008.

As Director of Development and Research and Caseload Coordinator, Basma is responsible for updating the List Project’s list of eligible refugees; coordinating the List Project’s overall caseload at Mayer Brown; corresponding with clients via email and telephone; translating documents; fielding questions from clients and attorneys; troubleshooting problems with cases; and serving as a cultural bridge between clients and attorneys. 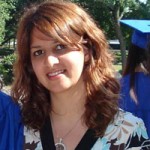 Ban O. Hameed joined the List Project in November 2007. Ban graduated from Al-Turath University in Baghdad in 2002 with a B.A in English Literature. In 2004, Ban worked as a translator for RONCO in Baghdad. In 2005, Ban worked for USAID in Baghdad as a human resources assistant.  Due to threats on her life, Ban fled Iraq in 2007 and came to the United States with the assistance of the List Project.

As a Caseload Coordinator, Ban is responsible for client intake; coordinating the List Project’s caseload at Holland & Knight; translating documents; and serving as a liaison between Iraqi clients and attorneys.  In addition, Ban serves as the D.C. Volunteer Coordinator, providing support to recently resettled Iraqi refugees.

Matthew Walleser graduated from the University of Iowa in 2009 with a B.A. in International Studies and History, with a focus on the culture and politics of the Middle East. He studied abroad in Amman, Jordan in the spring of 2008, where he participated in the Council on International Educational Exchange’s Arabic Language and Culture program at the University of Jordan.  After graduation, he lived for the summer in the West Bank town of Bethlehem, where he volunteered with local Palestinian organizations.  Matthew has been a volunteer with the List Project since its beginnings as an organization, and joined its full time staff in early 2011. 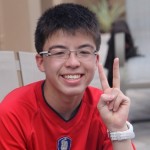 Sky Choi, the son of one of our partnering attorneys at Holland & Knight, started the List Kids in 2008 when he was 11 years old.  Along with his two cousins and a few volunteers, Sky sends over 100 care packages each month filled with school supplies, books, and toys to recently resettled Iraqi children across the United States.  In addition to running the List Kids, Sky is currently a junior at Florida International University where he is majoring in Physics with minors in Astronomy, Math and Asian Studies.  Sky’s other passion is Taekwondo; he is a third degree black belt and has been training and competing since he was 4 years old.