Why Are You Helping Iraqis? 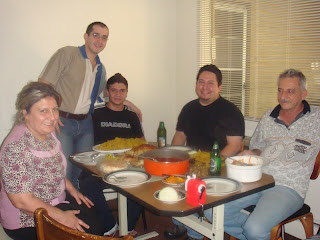 Our volunteers in Texas and I are often asked why we want to help recently resettled Iraqis. Sometimes it’s an Iraqi who asks, but more often than not it’s an American. It’s a simple, but complicated question.

Anti-immigration sentiment here in Texas is at an all-time high. A recent poll of Houston by Rice University showed that the overall angst directed at immigration has risen by 50% between 2004 and 2008, mostly due to the economy. The anti-Arab sentiment has also increased significantly nationwide since 9/11.

I sometimes get the sense that the person asking the question wants me to say that I’m helping Iraqis resettle because I was for or against the war. Maybe if I reveal that, they can quickly categorize me as pro-war or anti-war, and from that conclusion decide whether or not they are going to be supportive.

Many of the Iraqis who worked with the U.S. government have paid a terrible price for their belief that the United States could offer their country something better. One of my Iraqi friends in the Dallas area received a note with a warning and a single bullet at his home shortly before coming to the United States last year. Another one of my Iraqi friends in Houston has a brother in Iraq whose 12 year old son was recently killed for no other reason than the fact that his uncle was a “collaborator” who worked with U.S. forces. Unfortunately, their stories are not unique, nor are they the most tragic to come out of Iraq.

This is an issue that should transcend politics. This isn’t about being for or against the war. It’s about helping those whose work for the United States has forced them to leave their homes. These Iraqis aren’t coming here for American jobs (which they’re having a very difficult time getting). They’re not coming for refugee benefits. They’re not coming for better schools. They’re coming here to survive.

After all they’ve sacrificed for us, what could be more American than helping them?

Click here for a recent Newsweek article on five Iraqis whose decision to work with U.S.-affiliated organizations in Baghdad ultimately drove them from their homes and landed them in America.