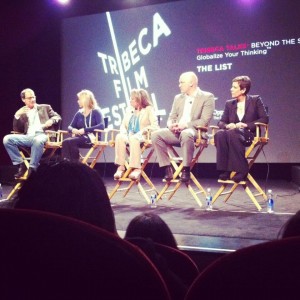 Over the past five years, the filmmaker Beth Murphy has been producing a documentary about the plight faced by our Iraqi allies and the List Project’s work to protect them.  The film crew traveled to meet with those on the list inside Iraq several times, as well as to Syria, Jordan, and Egypt.  The film covers many aspects of our work, including testimonies before Congress, training sessions with our incredible partnering law firms, meetings with tireless Netroots members, and celebrations as Iraqis on the List arrive to America.

This past week, the film premiered at the TriBeCa film festival.  It will be showing at various festivals over the coming months, including Hot Docs in Toronto, the Boston Independent Film Festival, and the Chicago Human Rights Watch festival, so if you are interested in seeing it, please visit the film’s website for more details.

In terms of history, our nine-year war in Iraq will most likely go the way of another complicated and indecisive war, the Korean War, earning a paragraph or two in high school textbooks.  We will fight this amnesia, of course, in part because we know that the conflict is not yet over, at least for those who served alongside America in Iraq.  Our troops may be gone, but those who helped us are still there, and they are still imperiled.

Coverage of the film: