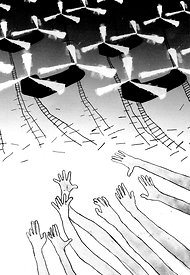 Hello, friends and supporters of TLP.

We’ve just launched our new site, which will be developed over the coming weeks and months principally to document our final effort here at the project: the final list.

For the past two years, we exhorted the Obama administration not to follow the mistakes of previous administrations as it implemented its withdrawal from Iraq.  We saw a very clear crisis forming on the horizon: the bureaucratic process in which our Iraqi allies are struggling to navigate currently takes well over one year to get an Iraqi to safety.  The Departments of State and Homeland Security were already dealing with huge backlogs of applicants before the withdrawal; once we shuttered hundreds of bases, we would ‘cut loose’ many thousand more U.S.-affiliated Iraqis who were no longer needed by our departing forces.

We published a comprehensive report on the history of withdrawal.  We testified before Congress.  We wrote op-eds, and more op-eds.  We met with administration officials and gave them more names.  In the end, the White House decided that its policy would be one of wishful thinking.  They simply don’t agree that our interpreters will be in harm’s way.

Never mind that hundreds, and likely well over a thousand have already been slain over the years.  Never mind that various militias, terrorist groups, and senior clerics have explicitly threatened our Iraqi allies over the past year, telling them that they’ll have no future in Iraq.  This administration ignored the intent of Congress and the warnings of so many in the advocacy community and did no contingency planning.

The consequences are unfolding.  Since the media has withdrawn most of its reporters throughout Iraq, we have decided to make public the threats, assassination attempts, and other relevant incidents that the Iraqis on the List are currently experiencing.  To move this beyond a debate between predictions and wishful thinking, we have decided to start posting the reality.  Whether or not our Government responds remains to be seen.

Please bookmark this page, and start following us on Twitter and Facebook, where we will be posting all updates.