As upheaval continues in Syria, and refugees from that country flee throughout the region,  Iraqi refugees have suspected that they have become an afterthought .  The National, a UAE paper, reported on Wednesday that Iraqi refugees in Jordan, most of whom live in East Amman, (a cramped, dirty and poverty stricken area of the city that is a country apart from the cosmopolitan western part of the city) are in some ways indeed becoming an afterthought.  The paper wrote that “In the past several months, the aid delivered on behalf of the informal aid networks of church groups, Islamic charities and wealthy private donors has entirely shifted to the Syrians.”  The president of one charity said “At this stage, we aren’t delivering food to Iraqis…we simply can’t help them any more. We apologise, but what can we do? These are the constraints placed on us by donors.”

In a Thursday Washington Post article discussing aid to Syrian refugees, U.S. Assistant Secretary of State for Population, Refugees, and Migration Ann Richard noted that the U.S. had pledged $40 million to aid Syrians, which she said would also benefit other refugees in the country, most notably Palestinians and Iraqis.  Additionally “She said that Washington was easing a backlog on Iraqi refugees seeking asylum in the U.S.”  This follows recent remarks from Vice President Biden’s National Security Advisor Antoney Blinken that he and his team had spent “literally hours in the windowless situation room with all the agencies, working through [the Iraq visa] problem.”

However unclogging this visa backlog is for many too little, too late.  Many have exhausted all savings, patiently waiting for visas while fleeing militants and trying to temporarily settle in neighboring countries already struggling with 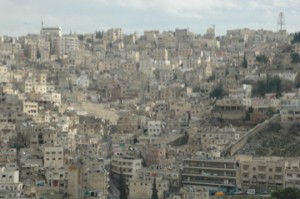 large influxes of refugees.    Others have not had a chance to even get this far as they or family members have been assassinated.

And although the State Department notes that during the first half of this fiscal year 579 Special Immigrant Visas were issued,  around twice as many as were issued at this time last year, the overall program numbers are sobering. A paltry 719 SIV visas were issued in all of 2011, a full 4,281 short of the 5,000 mark that was set by the program for each individual fiscal year from 2008-2012.  According to government statistics, only 4,285 of 25,000 visas have been issued, meaning that if the program were to end today, only 17 % of available visas would have been issued.